Percy was my first boy so he will always be special ...  Such a playful scamp as soon as he arrived. Even my Mum loved him on my visits to Yorkshire.

However, he also put my back out! It was my fault really; bringing him home from his breeder involved a five hour journey with him on my knee. He was so small he kept almost falling off so I did the whole journey with my left leg half lifted; which upset my S.I. joint for several months.

His breeder had given me strict instructions to get myself (and Percy) to ringcraft for training. He hated it and I was a fish out of water but very willing to learn.

I went to Windsor Champ Show 2008 just to watch. Way over my head... altho' I had a nice time in the company of my good friend Andi Shaw and Roger Stone, sadly both no longer with us. Percy's first time out in the ring was at East of England and he qualified for Crufts. Just like that. Bless him...

Percy never looked like he was enjoying himself in the ring. Nothing would "cheer him up". Squeakies, treats, nothing. He has got better with age. Loads better! I think he has become rather more like a young man on the town looking for girlfriends. No... he didn't like showing as a puppy but he and I helped each other a lot. Now he appears to love strutting his stuff.

At the Eurodogshow in Belgium 14th November 2009 he was higher placed than CC holding Dutchie! That could have been pistols at dawn on the way home aboard the ferry.

Check this link showing his progress - his RCC was at WELKS 2010  http://www.chinesecrested.no/en/registry/75454/Konishiki+Rufus+The+Red.html 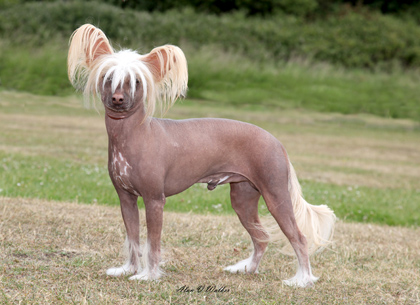 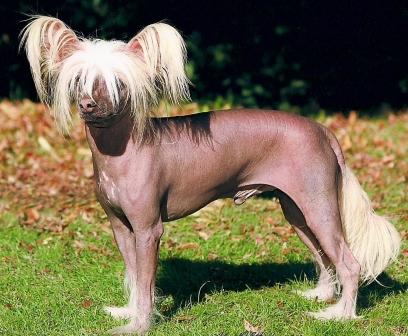 Taken at Birmingham Sept 2010 @ two and a half years 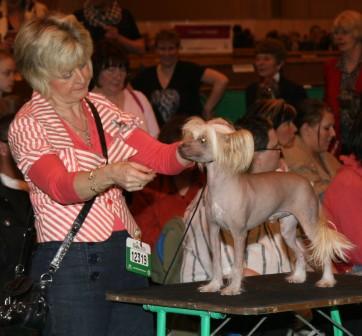 Percy at Crufts 2010 - he has already qualified for Crufts 2011
Handler is his breeder, Linda Rupniak 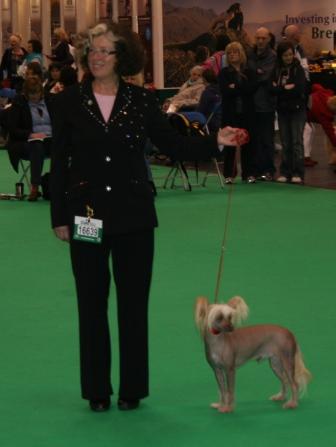 Percy handled by me, the proud owner, Crufts 2011 VHC from an entry of 25 dogs 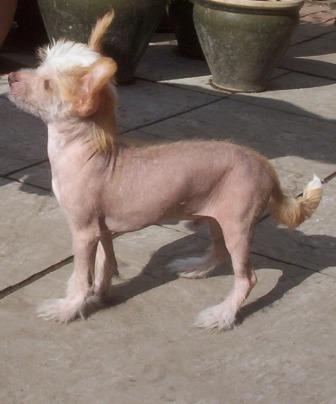 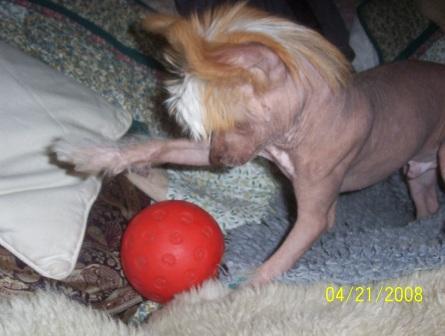 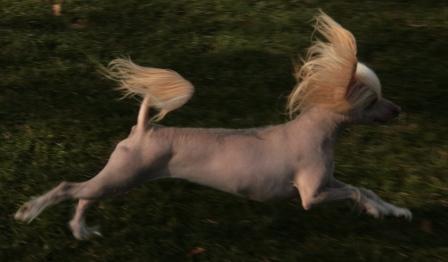 March 2010 Percy flies around the garden thinking of Crufts